Anthony Sanford and Simon Garrod’s initial contributions to the science of discourse predate the founding of the Society for Text and Discourse, and have in fact helped to develop the field so that such a society could be created.  They have together published foundational work on discourse understanding, and each of them has made notable independent contributions.   Sanford and Garrod’s Understanding Written Language (1981), was an eye-opener and watershed publication.   It demonstrated how to study text comprehension and not just text structure.   In addition, it had all of the components of great science:  A compelling theory, beautiful experiments, powerful data, and clear and concise prose.

Anthony Sanford’s general interest in human understanding can be seen in the scope of his investigations – the workings of quantifiers, shallow processing and anomaly detection, and plural reference – as well as in his Gifford Lectures (entitled, Models, Mind and Man) at the University of Glasgow where he joined the likes of other Gifford Lecturers including William James, Alfred North Whitehead, Niels Bohr, Wolfgang Kohler, Carl Sagan, and Noam Chomsky.

Simon Garrod’s contributions to the analysis of language as a joint activity and his mechanistic account of the process of how interlocutors align their discourse and understanding at multiple levels brilliantly capture both the data and the feel of conversation.   Furthermore, his work with Kenny Coventry, resulting in, the 2004 publication of Saying, seeing and acting: The psychological semantics of spatial prepositions, opened up a new approach to understanding the complexities of how language elements combine with perception and action to structure understanding and thought. 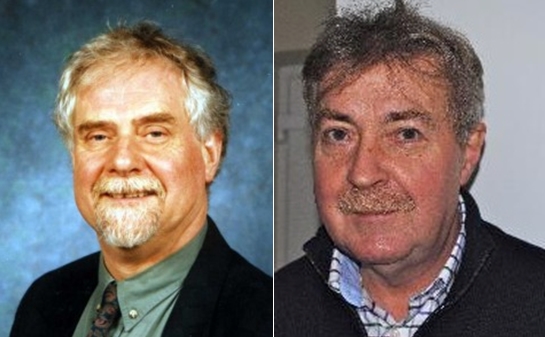